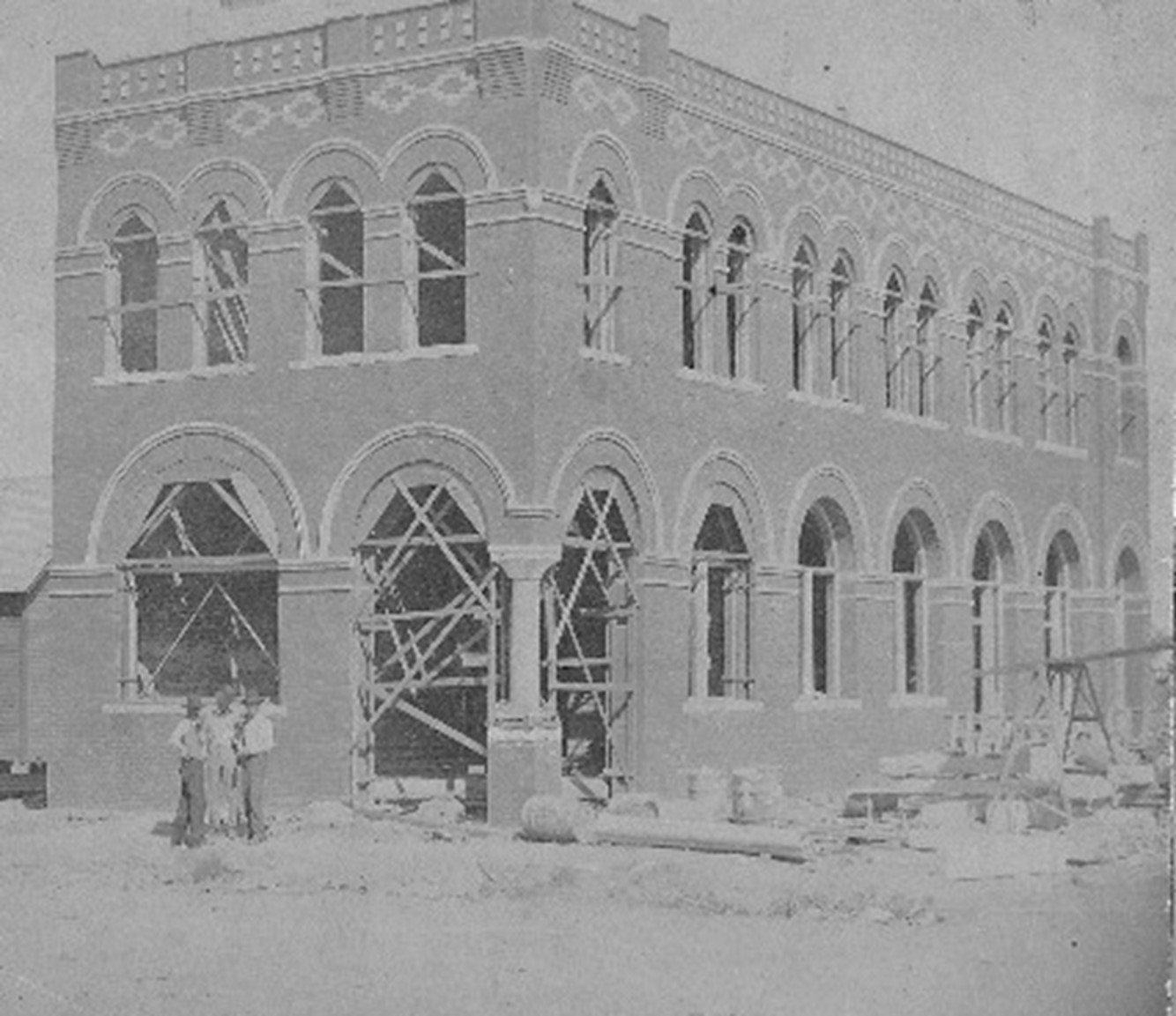 Rosebud is on U.S. 77 thirty-eight miles south of Waco in southwestern Falls County. It was developed by the Texas Townsite Company in 1889 and was incorporated on November 7, 1905.
The original settlement, known as Pool's Crossing or Greer's Horsepen, was on the west bank of Pond Creek.
In 1884 Albert G. Tarver established a post office there called Mormon, after a group of Mormons who had settled in the area.
The settlement was destroyed by fire in 1887, and Tarver resigned as postmaster.
Allin Taylor took up postmaster duties in his home, at a site now in southwestern Rosebud.

office Mullins to honor a local family known for their beautiful roses, but a Mullins community already existed in Texas, so he named it Rosebud instead; the post office officially became Rosebud on April 23, 1887. By 1892 the San Antonio and Aransas Pass Railway had built through Rosebud on its route from Waco to Giddings, and thereafter the town grew rapidly. The rich blackland soil of the area produced abundant cotton and grain, and by the 1920s the town had seven cotton gins and a cottonseed mill. Rosebud declined, however, during the Great Depression, and local farmers turned to ranching and raising wheat and small grain. The railroad was discontinued in 1968, and the tracks and the station were removed. In the late 1980s Rosebud had 2,076 residents, a hospital, a nursing home, a consolidated high school, thirteen churches-and a rosebush in every yard, a tradition initiated by an editor of the town paper. Many residents commuted to work in other cities. The population in 1990 was 1,638. The population dropped to 1,493 in 2000.